If you could see the shock wave from a jet moving faster than sound, this is what it would look like.

The jet is passing in front of the sun, which gets its purple color from a calcium-K optical filter. Dark sunspots are also visible. Image via> NASA Earth Observatory. 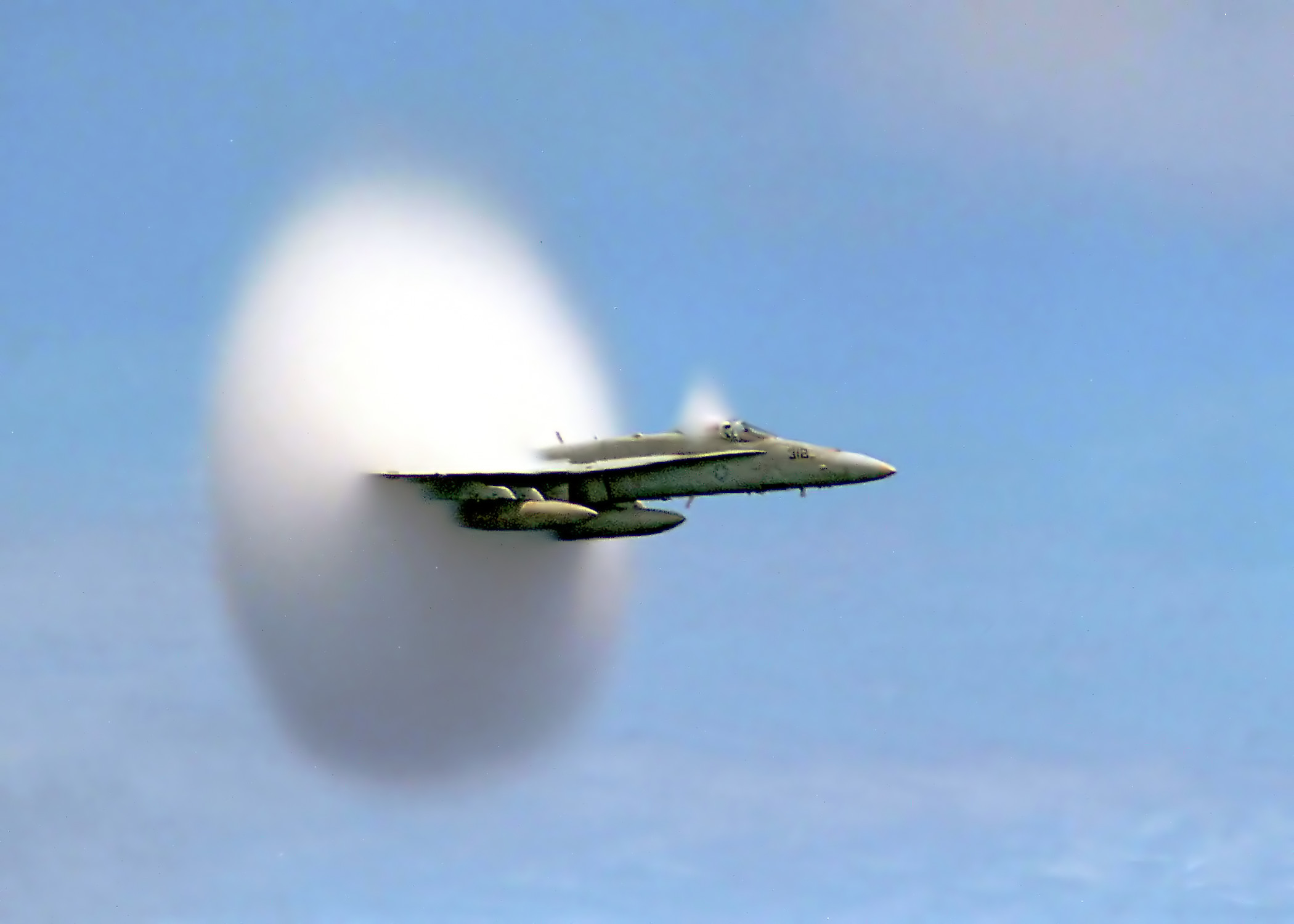 A team of NASA researchers generated the images and other like it (here and here), using a modern version of a 150-year-old German photography technique called > Schlieren imaging. A NASA webpage explained that, in the images on this page, shock waves appear darker because changes in the air density affect how much light is refracted. > NASA wrote:

The white cloud forms as a result of the supersonic expansion fans dropping the air temperature below the dew point.